From drawing board to 3D rendering

I think it was early Nineties when my grandfather showed me a picture of an architectural firm he visited earlier that week. Early Nineties means "before Autocad"... Can you imagine? A giant hall filled with giant drawing boards. Dozens of people working on the same project, making floor plans, intersections and designing details. Wow... As a teenager that was my dream! One day I will be standing behind such a drawing board as well.

My grandfather, a contractor, was quite befriended with the lead architect and as a way of helping me achieve my dreams he arranged one of their old drawing boards for me! Day in day out you could find me in my bedroom drawing houses and cars on my drawing board...

No one could even imagine the design world would change completely within just a few years... A decade later, in 2003, I started studying interior architecture at the Royal Academy of Arts in The Hague, The Netherlands. Ten years later and not a single drawing board could be found. From day one they taught us to use the computer for floor plans. No wait, no longer floor plans. Since we have a computer, we are able to design in 3D.

Can you see the difference? Within ten years we moved away from sections and floor plans, time consuming designs by hand to 3D layered architectural designs. A whole change in perspective. New opportunities, faster, new creativity, better details, less mistakes and so on.

In the next 20 years not a lot has changed. Computers got faster, we got better software and rendered smoother images, but that's about it. But right now, so many things are lining up again... It could be new things are on the rise within the next decade or so. So, what would the future bring and what should it bring according to you to make our profession better? What would be the next level up for you?

Is it artificial intelligence, is it virtual reality? Is it more flexibility? Let me know in the comments below!

About the author
Sven van Buuren
Sven van Buuren (1980), interior architect, founder of Institute of Interior Impact and owner of the Interior Architecture LinkedIn Group. Sven has a pleasant mix of rationality versus seeing and naming. He likes to make rigorous choices. Not going for obvious, but the consequences are always positive. For Sven, 'Living On Your Own Terms' means shaping his own freedom to be able to live his dreams. With his optimism and loyalty, he likes to gather people around him who have something to add. To his life, but especially to the lives of each other.
Website
Others also read these

What if I need to design another version again, without getting paid the extra hours?
08 juli 2022

JOIN THE
BEYOND INTERIOR DESIGN CLUB 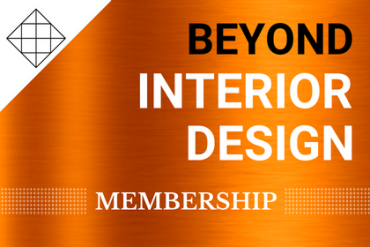